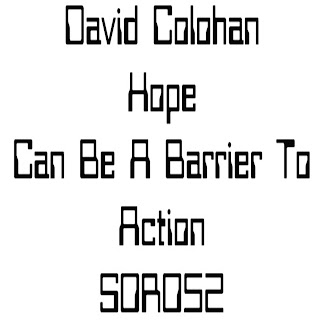 These songs were generated using the cut-up technique on a pile of magazines, then sung immediately upon completion of the text, without any planning. The instrumental sections were similarly randomly placed together, with some synth overdubs. Alison then sang wherever she felt was appropriate. 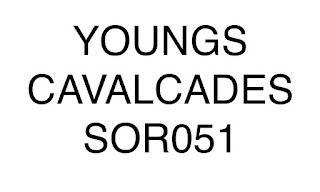 The Flexibles - Pink Everything 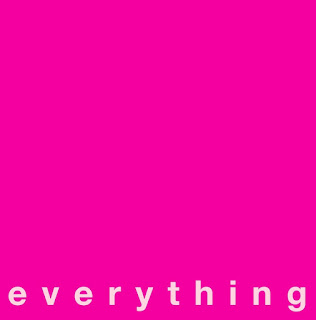 The Flexibles are a Punk Rock Band. The Flexibles bend space and time, flex your head, space your Punk, a jarring lightning bolt of truth to the heart of the matter. Comprised of Richard Youngs, his young son Sorley Youngs and family friend Andrew Paine, they operate within Glasgow city limits, outsiders in an outsider culture. Swirling around the wild, searing guitar playing and cosmically infused songwriting of Sorley, The Flexibles' Pink Everything is a concept album of sorts, on the surface a narrative about space travel, the state of the human race in the modern Acopalyx. While vicious in its take down of humanity's own death-drive, the subtext of Pink Everything describes a world where anything is possible. Perhaps the Acopalyx, or Apocalypse, needs to happen for us to be re-born. Anything can be Pink.
Over both sides, The Flexibles depict a realm where fantasy and reality are inexplicably fused together… Sorley’s lyrical flourishes touch on the stream-of-conciousness imagery that seems to be swimming in the Youngs genepool, but there are dashes of real life. When I Was 86 has Sorley tearing modern living apart both from the perspective of the anti-hero Arcosta – an alien visitor to Earth but also from his own perspective as a young man making sense of a reality that needs changed. Smothered by Richard’s electronics and the super-massive fuzz bass of Paine, it’s a radical stomper. Album opener Pink Everything however, offers the flip: a distorted, crazed sermon that essentially asks Why Not? Why can’t everything be pink, true and truthful. Side B comprises a suite chronicling Arcosta’s journey, struggling to comprehend the things we do; capitalism, the endless grind of work-play, the rituals that to extra terrestrials and indeed to children unaffected by cynicism seem meaningless.
As a power trio, The Flexibles blow apart pre-conceptions, burn down barriers and paint them pink. The Flexibles believe anything can be possible and embody an ultimate creative freedom, unencumbered by age barriers, limits. Anything can be Pink 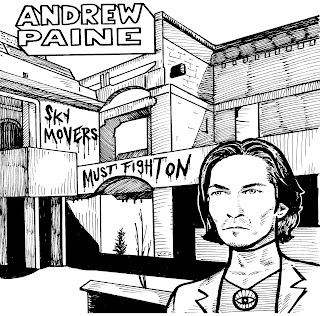 Quietly and without fuss, Andrew Paine has established himself as one of the UK underground’s most progressive thinkers and most diverse operators, his modes ranging from solo voice, through layered howling guitars, gentle piano interludes, oblique electronics and wherever he likes in between.

He founded his own Sonic Oyster Records in 2006 to release much of his work and co-founded the progressive kraut-rock power trio, Space Weather. Current duties extend to bass guitar with punk trio ‘The Flexibles’ , one half of theosophical thinkers ‘The Blue Tree’, with long-time collaborator, Matthew Shaw (Tex La Homa) and co-founder of Turds of the Reformation.

‘Sky Movers Must Fight On’ is his first release for Glass Redux. Its short-sharp futuristic bursts capture Paine monologuing to the electronic horizon. Dada with beats. Mixed by Reuben Bough. Artwork by Steve Krakow (aka Plastic Crimewave).

"of extreme use for meditation, navigation and general cuntedness” Julian Cope

Posted by Sonic Oyster at 06:57 No comments:

SOR50 arrived to celebrate the 50th CD-R release of the label. That was back in 2011. I think it's time to re-boot the series and take the first steps towards SOR100.

If you would like to send something for consideration... send it over to sonicoysterrecords@yahoo.co.uk. I can't guarantee I'll like it, but I guarantee I'll listen to it and get back to you.
Releases will be limited to an edition of 50.

Here's what the greatly missed Volcanic Tongue had to say about SOR50: 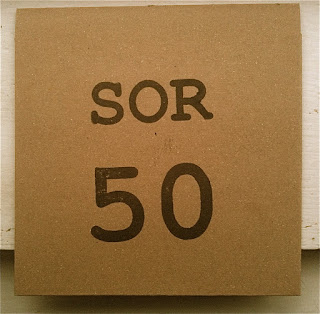 Posted by Sonic Oyster at 06:15 No comments:

Matthew Shaw - Songs and the Silences of Night

On 25th August Sonic Oyster Records will release ‘Songs and the Silences of Night’ by Matthew Shaw. These four songs are the first to be released under his own name and build on the past releases as Tex La Homa while updating the sound and structure in view of more recent site specific and long form pieces. The ep is a celebration and personal investigation into four states of being, all considered in the present tense. Released on black 7″ vinyl with photo sleeve, and accompanying text by Matthew verso, and while inner sleeve, played at 33RPM
Tracklisting;
Side A – 1. Walking in Circles 2.Autumn Equinox
Side AA – 1. 13th Moon 2. Vernal Equinox
‘Songs and the Silences of Night’ may well form the beginning of new explorations into the use of poetry and song in the context of the seasons and circular nature of life.